It has been over fifty years now since Bob Dylan released Highway 61 Revisited, yet its impact can still be felt today. Bob Dylan, previously known as a hero to folk music fans, went full out Rock and Roll in his 1965 album. 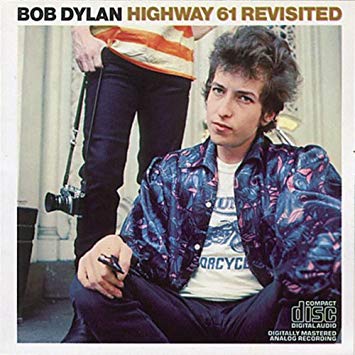 The first sound that is heard is a loud hit on a snare drum, followed by a melody played on piano and electric guitars. What comes next is one of Dylan’s most acclaimed song, “Like a Rolling Stone”. A While today the notion of any musician playing on an electric guitar seems rather mild in terms of career choices, this was the era where rock music and the electric noise where counter culture, and the new sound coming out was divisive. Having Bob Dylan, a man known for classic acoustic folk songs, coming onto the scene with electricity, felt like a sort of betrayal to purists. The purists would be proven wrong. “Like a Rolling Stone” tops many critic’s lists (including Rolling Stone) as one of the greatest songs of all time.

While initially, many fans were revolted by this album, as we revisit Highway 61, it still finds a way to be a sort of “Folk”. Songs like “Ballad of a Thin Man” are still intricate stories like songs on Dylan’s earlier albums. While Bob Dylan has released many albums since 1965, we can see with hindsight that Bob Dylan was simply heading in a new direction, and taking the rest of Rock music with him.

Chris Riordan is a San Diego native pursuing a career in theatre, film, and writing. View all posts by CJ Rio